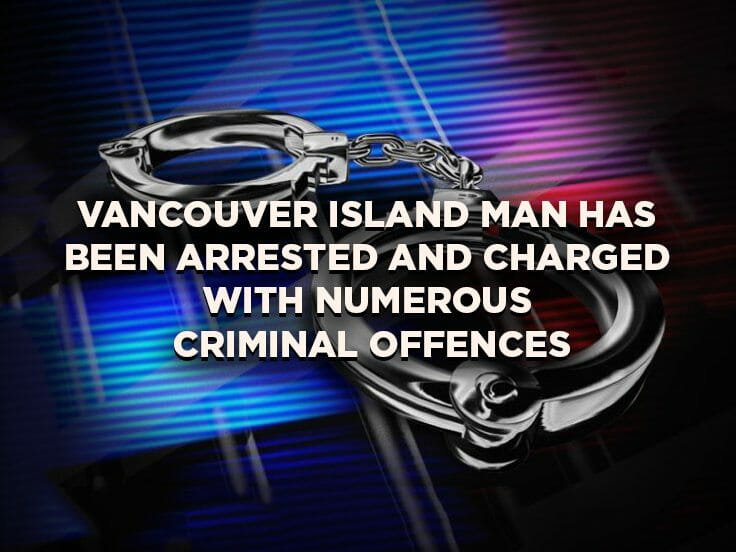 A 25-year-old Nanaimo man has been arrested and charged with numerous criminal offences following an investigation by the Combined Forces Special Enforcement Unit of BC.

The investigation began in January 2015 and culminated in a search warrant in March 2015. Since the search warrant, the CFSEU-BC has been working with Provincial Crown Counsel and charges have now been laid.

Hamzah Subhan Khan has been charged with a total of 10 offences:

a) One count of unlawfully participating in the design and purchase of an explosive substance and
detonator, contrary to section 81(1)(a) of the Criminal Code;

b) Two counts of possession of a device (malware) for the purpose of committing an offence,
contrary to section 342.2 of the Criminal Code;

c) One count of possession of credit card data, contrary to section 342(3) of the Criminal Code;

d) One count of trafficking in credit card data, contrary to section 342(3) of the Criminal Code;

e) One count of obtaining or possessing another person’s identity information in circumstances giving rise to a reasonable inference that the information is intended to be used to commit an indictable offence, contrary to section 402.2(1) of the Criminal Code;

f) One count of transmitting, making available, distributing, selling or offering for sale another person’s identity information, or has it in possession for any of those purposes, knowing that or being reckless as to whether the information will be used to commit an indictable offence, contrary to section 402.2(2) of the Criminal Code.

g) Two counts of possession of a controlled substance for the purpose of trafficking contrary to section 5(2) of the Controlled Drugs and Substances Act;

h) One count of possession of a controlled substance contrary to section 4(1) of the Controlled Drugs and Substances Act.

Khan is scheduled to appear in Nanaimo Provincial Court on the morning of January 27th, 2016. At the request of Crown Counsel in order to protect the fair trial rights of the accused, the CFSEU-BC will not be providing any details of the investigation.

Weapons and a small amount of illegal drugs were seized after officers from the Combined Forces Special Enforcement Unit – British Columbia (CFSEU-BC) stopped three men on bicycles on the evening of April 9th, 2020 after observing a number of...

Two men have been arrested on outstanding warrants and several potential new charges after officers from the Combined Forces Special Enforcement Unit – British Columbia (CFSEU-BC) spotted a stolen vehicle on April 14, 2020. On the evening of...

One man has been arrested and charged with multiple offences after an Abbotsford Police officer seconded to the Combined Forces Special Enforcement Unit – British Columbia’s (CFSEU- BC) Uniform Gang Enforcement Team (UGET) conducted a vehicle...