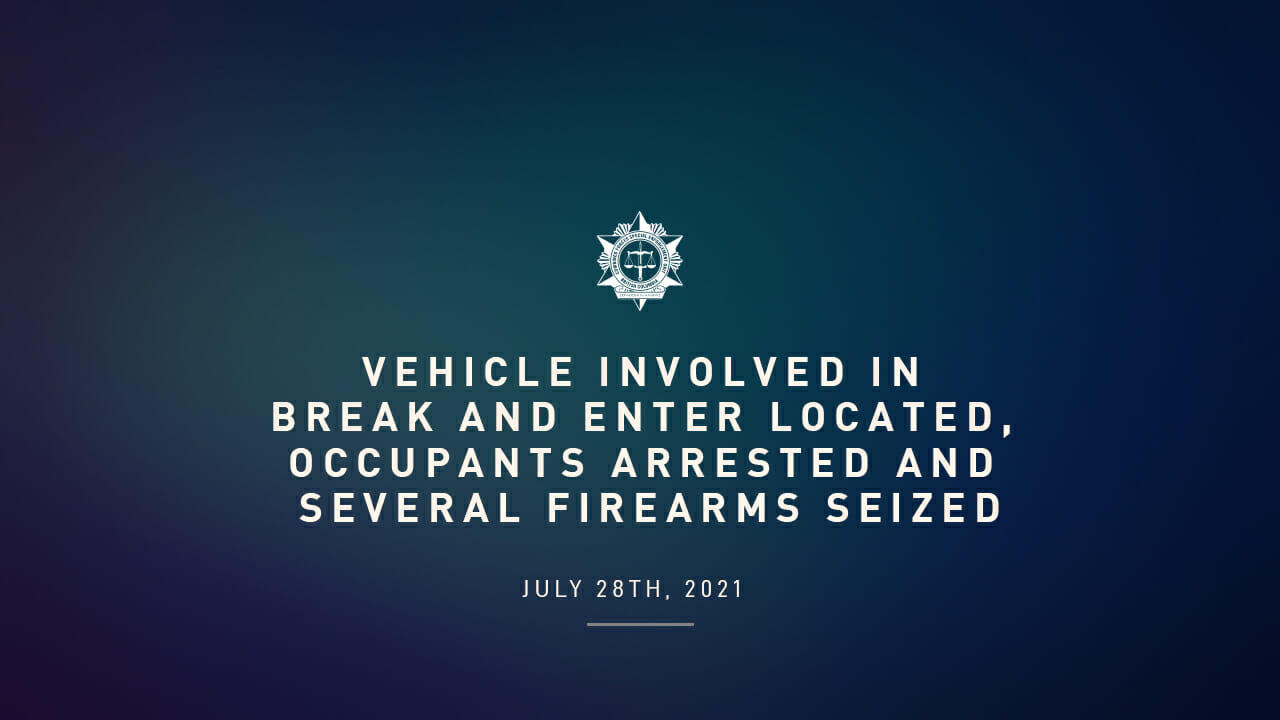 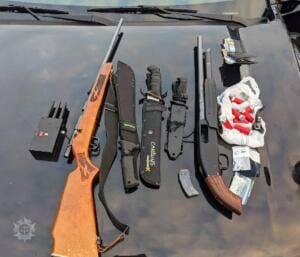 Two men were arrested in the Langley area when officers with the Combined Forces Special Enforcement Units’ (CFSEU-BC’s) Uniform Gang Enforcement Team (UGET) observed them inside a vehicle they recognized as being previously involved in a break and enter.

On July 15th, 2021, UGET was conducting proactive enforcement patrols in the Langley area when they noticed a silver SUV with two males inside parked outside a business in the 21600 block of Fraser Highway.

A query of the vehicle resulted in the UGET officers being notified that the vehicle had been involved in a break and enter to a residence in which several firearms were stolen. As the UGET officers approached the vehicle, both male occupants quickly exited the vehicle. One male immediately complied with police and was arrested while the other male fled and was taken into custody by UGET.

This incident resulted in the seizure of the following items;

Both males were released pending further investigation and criminal charges.

UGET is CFSEU-BC’s highly visible uniformed presence. These officers work to prevent on- going violence using disruption and/or enforcement action through a visible, proactive presence in the community. By conducting intelligence-led high visibility enforcement on individuals or groups who pose the greatest risk to public safety, UGET is able to remove dangerous offenders and weapons off the streets.

“CFSEU-BC utilizes intelligence to proactively deploy our UGET teams throughout the Province seven days a week enhancing public safety,” says Superintendent Bill Spearn, Operations Support Officer for CFSEU-BC. “We are very pleased that officers were able to take these dangerous weapons, firearms and associated ammunition off the streets.”

6 days ago by CFSEU-BC Communications Strategist 176