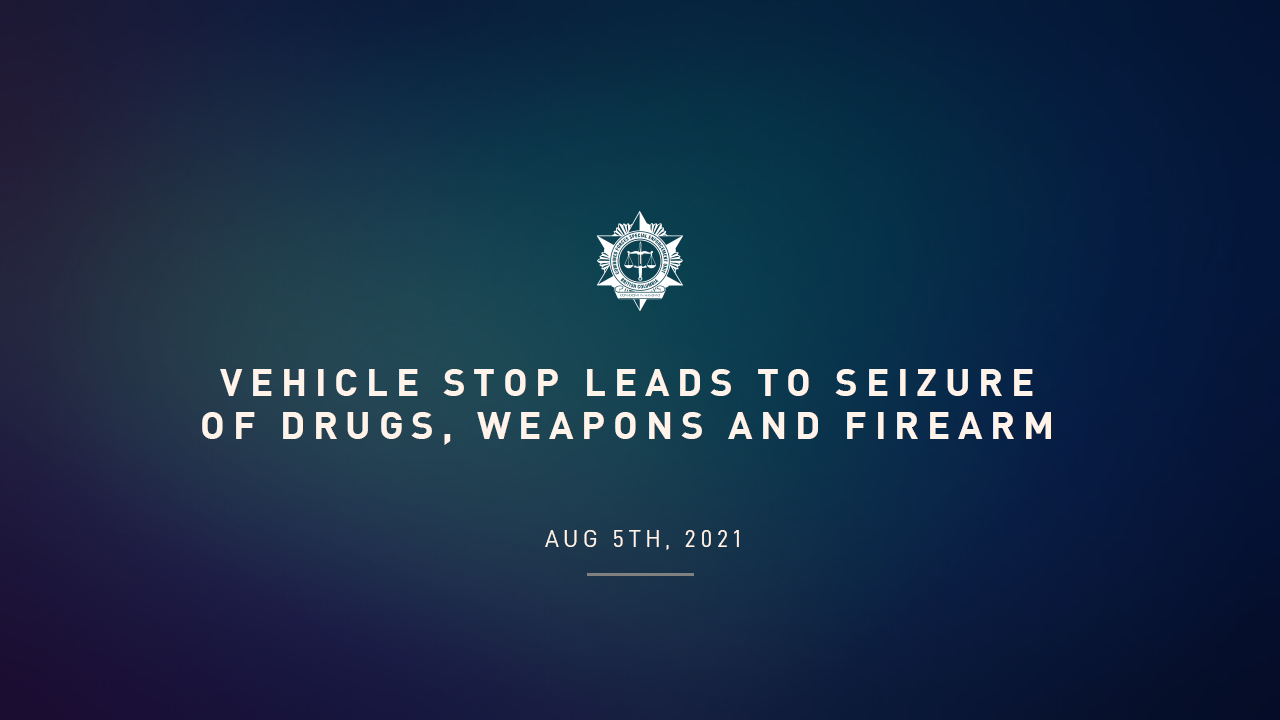 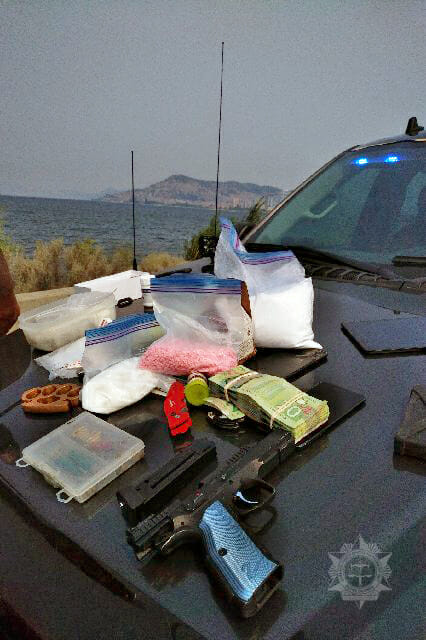 A man was arrested in the Kelowna area when officers with the Combined Forces Special Enforcement Unit’s (CFSEU-BC’s) Uniform Gang Enforcement Team (UGET) conducted a vehicle stop and located a cache of illegal drugs, weapons and a firearm.

As the UGET officers approached the vehicle, a weapon was observed in plain view leading to the arrest of the male occupant. An investigation ensued and resulted in the seizure of various amounts of suspected illegal drugs including fentanyl, crystal meth, powdered cocaine, crack cocaine and heroin.

Weapons, including brass knuckles and several knives, were seized along with a modified .22 cal. Handgun, a large amount of ammunition, and cash.

The male was released pending further investigation and criminal charges.

UGET is CFSEU-BC’s highly visible uniformed presence. These officers work to prevent on- going violence using disruption and/or enforcement action through a visible, proactive presence in the community. By conducting intelligence-led high visibility enforcement on individuals or groups who pose the greatest risk to public safety, UGET is able to remove dangerous offenders and weapons off the streets.

“CFSEU-BC proactively deploys our UGET teams throughout British Columbia to target those individuals that seek to victimize the most vulnerable through the drug trade and pose the highest risk to our communities through their involvement in violent organized crime activity,” says Superintendent Bill Spearn, Operations Support Officer for CFSEU-BC. “We work closely with our policing partners, such as the Kelowna RCMP, to mitigate, disrupt and suppress criminal activity across the province. Arrests and seizures such as this one reaffirm that our collaborations with municipal agencies and RCMP detachments across the Province are of great value to public safety.”