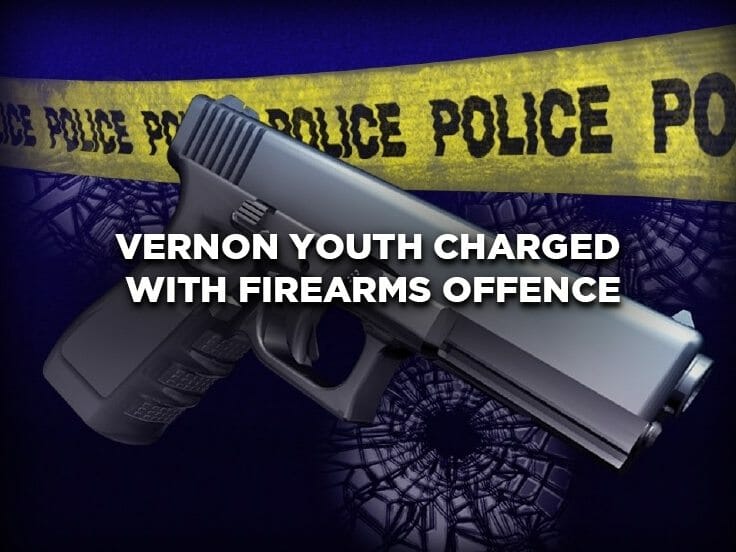 On the afternoon of May 17th, 2016 the Combined Forces Special Enforcement Unit of BC (CFSEU-BC) Uniform Gang Enforcement Team (UGET) members arrested an individual involved in the Vernon conflict for possession of a firearm.

In recent weeks there has been an escalation in violence related to the street-level drug trade in Vernon. The Vernon RCMP had requested the assistance of the CFSEU-BC UGET for additional resources to assist both operationally and with investigations.

The officers went to a residence at the 900 block Bevan Court in Vernon, BC for activity related to the drug trade. The officers observed an individual believed to be associated to the current conflict in Vernon getting into the passenger seat of a vehicle. The vehicle was stopped before it could leave the premise. A pat down search of the individual yielded:

A 16 year old male has been arrested and taken into custody for possession of loaded firearm without a license.

“As a result of the recent shootings that have occurred in Vernon, we’ve reached out to CFSEU to further bolster our detachment’s ongoing efforts in investigating these incidents,” stated the OIC Vernon North Okanagan Detachment Supt. Jim McNamara. “Teaming up with a key partner agency such as the CFSEU-BC is part of our detachment’s ongoing strategy to target individuals and groups involved in this violent activity. The arrest of one individual and removal of an illegal firearm from the streets this past week is a positive indicator as to what our investigations will yield.”